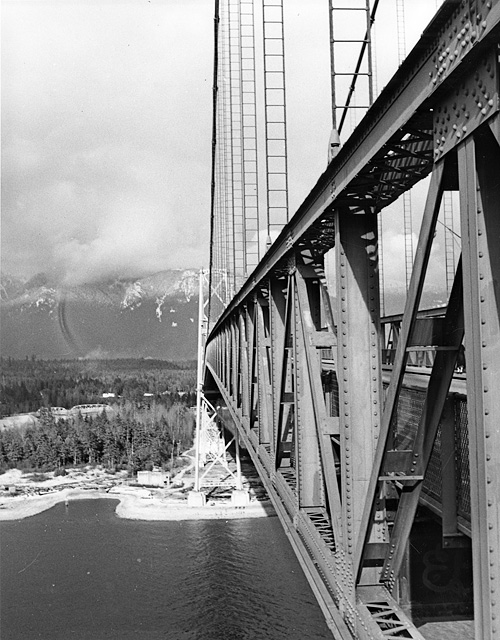 In 1890 city pioneer George Grant Mackay stood at the edge of Stanley Park, looked across the First Narrows and stated: “Some day, mark my words, there’ll be a bridge across this point.” He was absolutely right. Although begun as a Depression-era investment scheme, the Lions Gate Bridge became a major transportation link between the city of Vancouver and its suburbs as they expanded rapidly during the 20th century. Built at a time when current levels of automobile traffic were unimaginable, the span eventually proved too small and narrow. Yet its beauty remains undisputed. A stunning suspension arch, it is now clearly recognized as one of the world’s landmark bridges. Its sleek lines also helped to save it during serious debate in the 1990s about its future viability. A symbol of civic pride, now as before, the Lions Gate Bridge is guaranteed to remain a Canadian icon well into the 21st century — and perhaps beyond.